S. Korea's K League starts 2020 season, but with no spectators 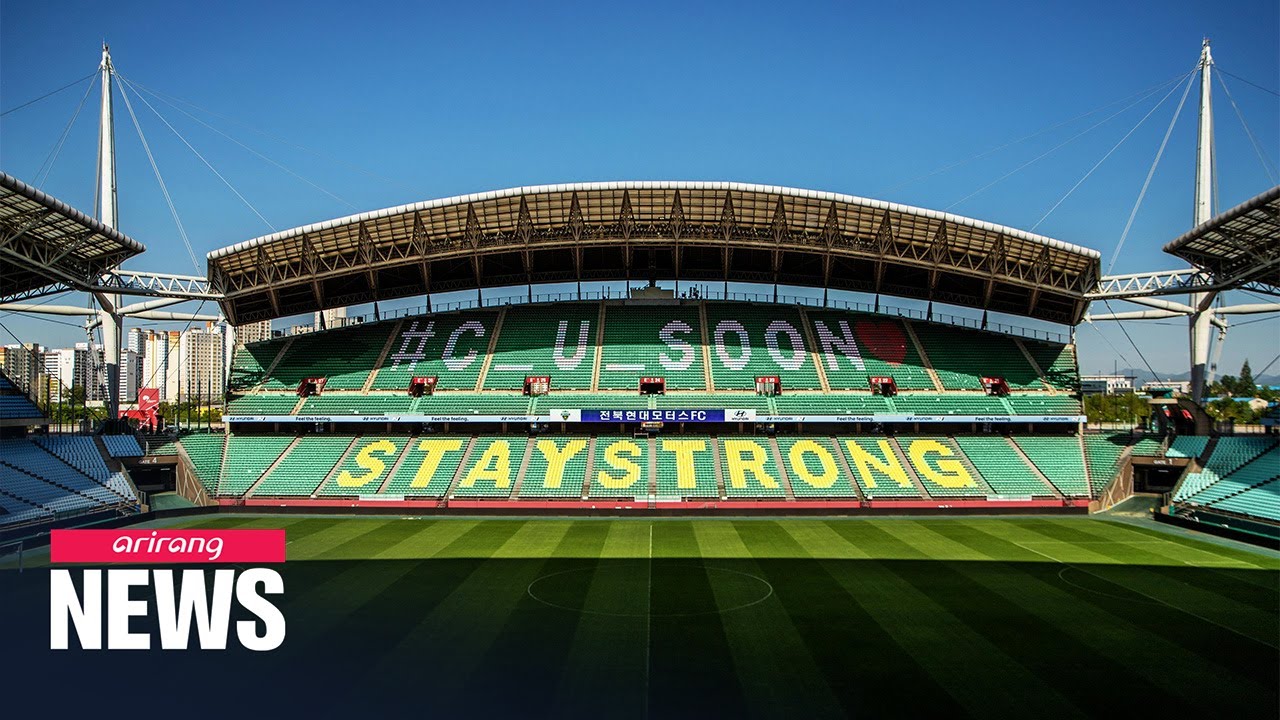 South Korea’s pro football season has kicked off.
But, just like KBO, K League fans were unable to attend the match due to COVID-19 restrictions.
Choi Won-jong brings us the sights and sound from the venue.
South Korea’s professional football league has officially kicked off its new season after a prolonged postponement due to the COVID-19 outbreak.
As a precautionary measure, K League has implemented strict measures to prevent the spread of the virus during the season.
One of the most important guidelines is that no fans are allowed in the stadium at this time.
Usually, on opening day, this stadium is filled with more than 20,000 fans cheering with flags and confetti, but due to the K League’s COVID-19 restrictions, today these seats are empty.
Players and coaches are required to check their temperatures before they enter the stadium, and wearing face masks inside and out is a must.
Once inside, there will be no handshakes, no spitting, and blowing noses is strictly prohibited.
All the players’ drinks have been individually labeled to avoid accidentally sharing them with each other.
As one of the first football leagues to resume across the globe,… the media officer of the host team, Jeonbuk Hyundai Motors, said he was glad to finally begin the season.
“The COVID-19 outbreak has not fully gone yet so there are some worries but K League being the first football league in the world to begin its season makes me proud and I also feel responsible.”
Foreign media across the globe came to check out the opening day and to get a glimpse at how Korea prepared well enough so that the football season could begin.
“We just want to tell the people how South Korean did the good job. We want to tell the people to do the right things and we can control the virus.”
Today’s game was live-streamed worldwide on YouTube and Twitter, and 36 different countries have broadcast rights to the season, including Germany, Australia and the UK.
The K League has also shared quarantine guidelines with football organizations in around 40 countries. Choi Won-jong, Arirang News, Jeonju.